Representatives of the Czech National Trust, Prague 1 Municipal District, Penta Real Estates and of Prague’s THMP technology company have unveiled the newly restored meteorological post located in front of the Masaryk Railway Station in Prague on Thursday February 4, 2021. The meteorological post will not only measure the air temperature, humidity, pressure or the exact time, but thanks to a new sophisticated device it will also control traffic at the adjacent intersection of Hybernská and Havlíčkova streets.

It is one of the two Prague historical meteorological posts which have been preserved out of the tens of posts that used to be found all over the Czech Republic. The Czech National Trust is a proud instigator of this restoration process.

“Based on the evidence available, we assume the meteorological post is from the time period right before the outbreak of the First World War. Unfortunately, the exact number of such devices that used to be found around Prague in the 20th century is not known. According to the photographs preserved, one such post used to be located right in front of the Koruna Palace on Wenceslas Square, another one on the Old Town Square, and another one on Charles Square. Last year we have successfully restored the post located on the corner of the Victory Square in the Prague district of Dejvice,” said Eva Heyd, Czech National Trust Project Manager.

We reached out to the Prague 1 Municipal District for assistance with negotiations with the specific institutions and authorities involved. The main donor was Penta Real Estate whose financial donation exceeded the 100 000 CZK threshold. “The meteorological post is part of the history of the area were we are preparing a unique and modern construction project. We want the contrast of the old and modern times to be perfect. This has also been one of the reasons why we have been carefully repairing the Masaryk Railway Station. The meteorological post is a nice detail which clearly belongs to the area,” added Pavel Streblov, Penta Real Estates Business Director, who is responsible for the realization of Zaha Hadid’s project in the surroundings of the Masaryk Railway Station as well as for providing the city of Prague with the assistance necessary for a successful improvement of the public spaces surrounding the project site.

The restoration of the meteorological post would not be possible without the assistance of the TSK HMP organisation and of the DAP company. The project was also supported by the expert in the field, Miloslav Černý (also known as the Charles Bridge phantom), for whom such rescue operations are really close to their heart and who also promised his assistance and services to remove the graffiti from the post. The artificial stone used for the post was professionally restored by stonemasons Ondřej Jiráska and Štěpán Štefr, the metal parts were restored and completed by TOP Restaurant s.r.o. restoration company. The devices inside the post were restored by the Amet company in cooperation with the employees of the Czech Hydrometeorological Institute. Thanks to the assistance and obligingness of Prague’s THMP technology company and TSK HMP, we have managed to successfully restore the meteorological post to such condition in which it can be very useful again. Thank you! 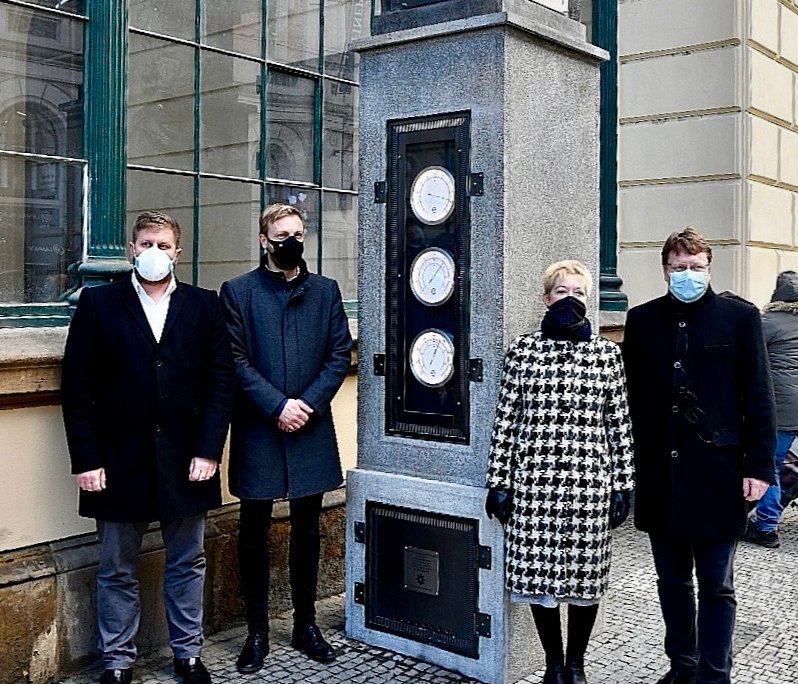 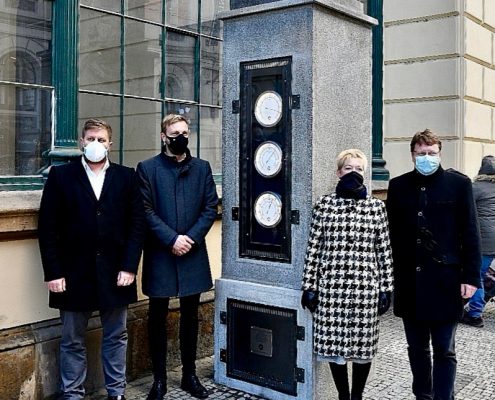 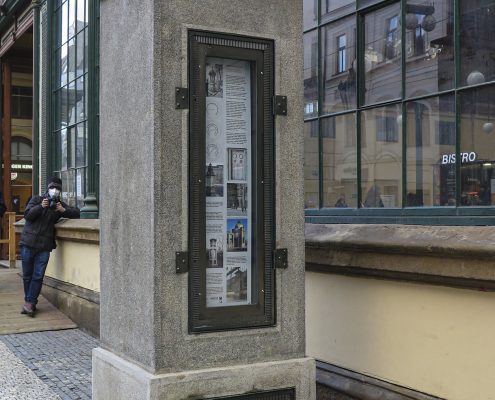 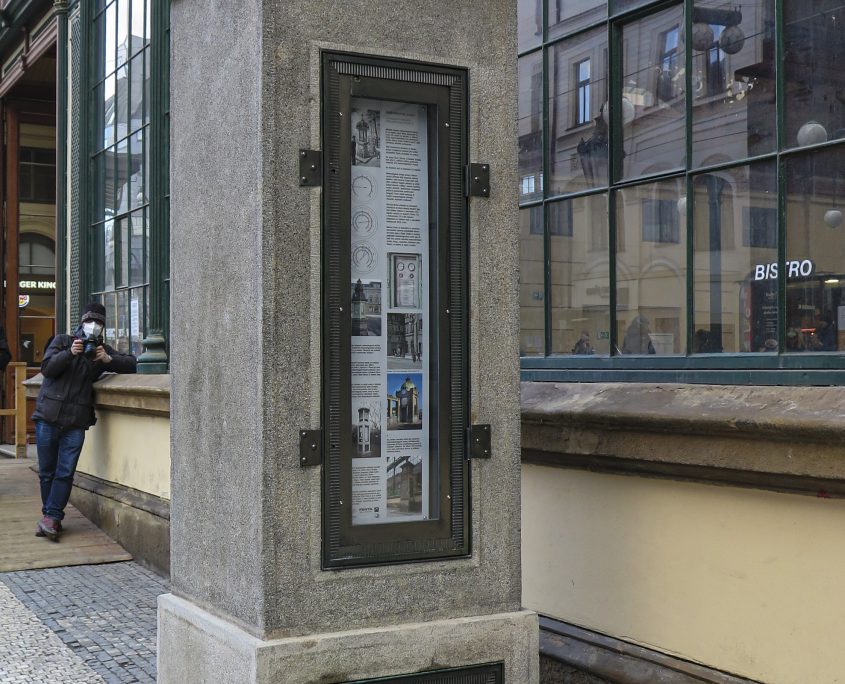 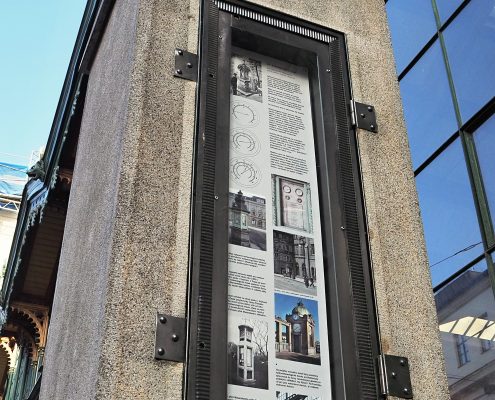 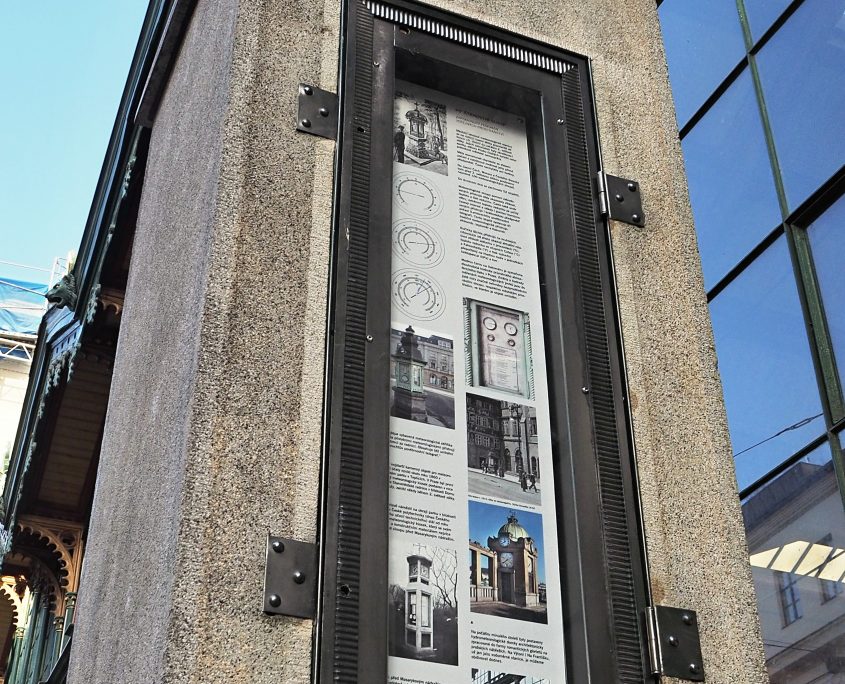 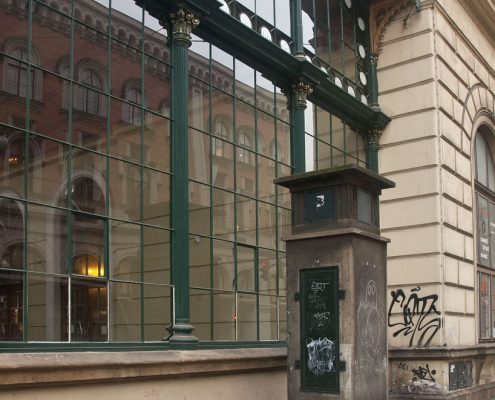 INTO on the European Exchange Programme: members join forces to improve acc...New project to be supported by CNT: renovation of the old dye-works in Úš...
Scroll to top