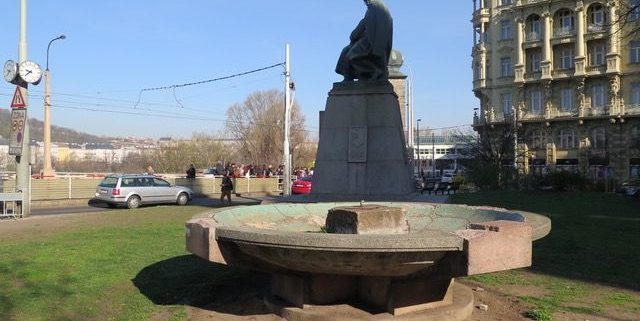 The Jirasek bridge was built between 1929 and 1933 according to the designs of architects Vlastislav Hofman and Frantisek Mencl. A functionalistic fountain was placed at each of the two bridgeheads. The one at the Smichov side in the Diezenhofer park was restored in the 1990’s and is functional these days. The fate of the New Town fountain, the one that stands next to the Alois Jirasek statue, has not been as happy. It is slowly becoming dilapidated and its mosaic suffers the most.

CNT managed to find out that the water feed is still functional and following negotiations with the Prague municipality, added the fountain among its project for restoration.

The fountain’s revitalization is significant not only for the object itself, but mainly for the re-cultivation of the entire surrounding area, dominated by the Dancing House.